Events Financial education sessions with the TTDF and youth camps

Financial education sessions with the TTDF and youth camps

In furtherance of its mandate for investor education, the Trinidad and Tobago Securities and Exchange Commission (TTSEC) conducted a number of financial/investor education sessions with the various formations of the Trinidad and Tobago Defence Force (TTDF) and the vacation youth camps organised by the Ministry of Gender Youth and Child Development. These outreach sessions took place between June and August 2013.

In August, the TTSEC partnered with the Ministry of Gender, Youth and Child Development to conduct financial education sessions at the Ministry’s youth vacation camps around Trinidad. This interface was conducted with campers between the ages of 12 to 17 years. At these sessions, the youth completed Goal Cards which were used to underscore the link between personal goals and developing the financial capability to achieve them. Additional topics which were discussed were the importance of saving and tips for teens on managing their money in the real world. Camps which were visited by the TTSEC’s Education team were located at La Horquetta Regional Complex, Chaguanas South Secondary School and Ste. Madeleine Government Primary School. The Trinidad and Tobago Securities and Exchange Commission (TTSEC) is aware that citizens must become financially literate in order to make more prudent financial decisions. 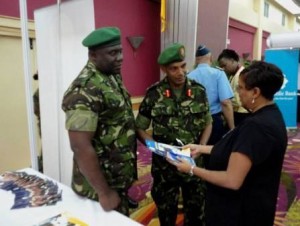